The swamp wallaby (Wallabia bicolor), or previously known as the black wallaby, is native to both Australia and Millowl (Phillip Island). A tourism attraction in themselves, the swamp wallaby has become a topic of conversation for locals and farmers alike with their abundance in numbers. So much so that Manuela Fischer, German International PHD student from Melbourne University, has devoted her final year thesis to our furry friends. 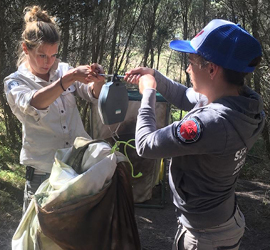 With the assistance of organisations such as Westernport Water and funding from Phillip Island Nature Parks, the University of Melbourne and Holsworth Research Endowment, Manuela was able catch and collar wallabies across all of Phillip Island. The goal, to collate enough data for local authorities to make informed decisions based on how and where the wallabies move and use the land.

“With the help of those that funded the research, and Corporations such as Westernport Water that gave me access to their farm land, I was able set up twenty sites across Phillip Island. Some were in complete bush while others were closer to urban areas,” said Manuela. 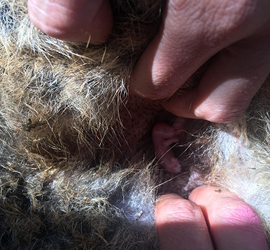 “Across those twenty sites, I was able to catch and collar 48 wallabies and track them with GPS technology. I could then watch my wallabies from an app on my phone or computer,” continued Manuela.

Westernport Water’s Manager Environment & Product Performance, Benita Russell said “The wallaby populations on the Island are growing and they are becoming a challenge in certain areas. Working with Melbourne Water we’ve been trying to revegetate sites along Saltwater Creek to re-establish native habitat and revegetate the areas around the creek, but the wallabies make it extremely difficult, as they keep destroying the plants, even when we protect them”. 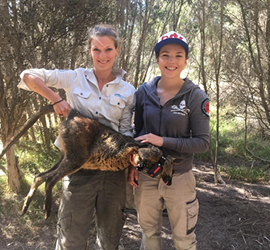 With Phillip Island’s continual growth Manuela identified an area of study that could benefit both the swamp wallaby and our local community.

“With this study I wanted to determine an understanding of how wallabies live in such a human modified environment. With the size of their habitat decreasing, I was looking particularly into how the wallabies used the farmland, how they use coastal land and what they prefer to use.” 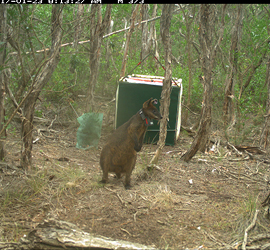 “Some early analysis found that wallabies tend to stick to woodlands and coastal heath, under trees and among low vegetation and undergrowth during the day and are much more adventurous at night. Whether they visit paddocks or bush land scrub they always seek shelter. In summer they tend to move much more as they go in search of water and coming out to feed especially at dawn and dusk.

“The key to a peaceful coexistence with our wallaby friends on Phillip Island is education and compassion, especially as they find their natural environment and habitat gradually shrinking, and their interaction with humans increasing.

Kids Learn About The 3P’s