Westernport Water backs local team running to raise money for the YAMS charity, check out how to sponsor the team or donate to the cause.

Five local residents recently joined forces combining their running experience and forming a team to run in the 42km St George Melbourne Marathon on 10 October 2010.
The team was formed by Abigail Adams, General Manager of Strategy & Business Development at Westernport Water who was inspired to combine her love for running and raise money for charity.
Abigail commented “Having worked closely with family members who had recently experienced the loss of their precious daughter and granddaughter Kahlilla Blyss Donahoo, the YAMS foundation was an obvious choice for a charity. You Are My Sunshine (YAMS) foundation is dedicated to raising money to fund research into Neuroblastoma early childhood cancer.”
The team of five local athletes are Abigail Adams of Westernport Water, Elaine Ferteis from Island Healing, Jenny Hibble from the Phillip Island Vets, Bill Playne a year 9 teacher from Newhaven College and Gary Ferteis from the Clontarf Foundation are all running for more than self fulfillment.
Abigail said of the team “ We are all parents, the thought of losing a child is heartbreaking. We are all inspired to do well knowing that our efforts will contribute towards research into Neuroblastoma.” Abigail hopes people will get behind them and dig deep for this worthy cause.
“There is still a lot we don’t know about Neuroblastoma.” Judy Donahoo commented “The trials that are on at the moment show signs of extending the lives of children suffering from this terrible disease, the secret is early detection.”
“The continual effort of the community with initiatives like running for YAMS is very important to keep the flame alive.” Judy commented. Currently the YAMS foundation has raised $51,000 towards their initial target of $150,000.
Director of the YAMS foundation and Managing Director of Westernport Water Murray Jackson commented “Having run Sydney’s grueling City to Surf 20 times, I welcome the commitment of the team, it’s an experience every individual should do.”
Murray highlighted the fact that Westernport Water is proud to support donating to cancer research.
In preparation for the event a few of the members recently completed Run Melbourne, a half marathon starting at Federation Square with Abi and Elaine recording a time of 2 hours and 8 minutes and Jenny achieving a time of 1 hour and 51 minutes.
The team can be seen running around the local area between Wonthaggi and Cowes. Elaine said “the training is demanding and the sessions will increase in the lead up to the marathon, running approximately 60km per week with 34km runs on the weekend to prepare us for the big day.”
You can show your support for the team by sponsoring the team, based on the total amount of kilometers completed on the day, or by simply making a donation.
All donations over $2 are tax deductable, pledge your support online by visiting www.westernportwater.com.au/OurCommunity/Communitywork/ or emailing westport@westernportwater.com.auyou can also make a contribution by calling Westernport Water’s friendly customer service staff on 1300 720 711.
Media Contact: Geoff Russell 0359 564140 ,   0418536487 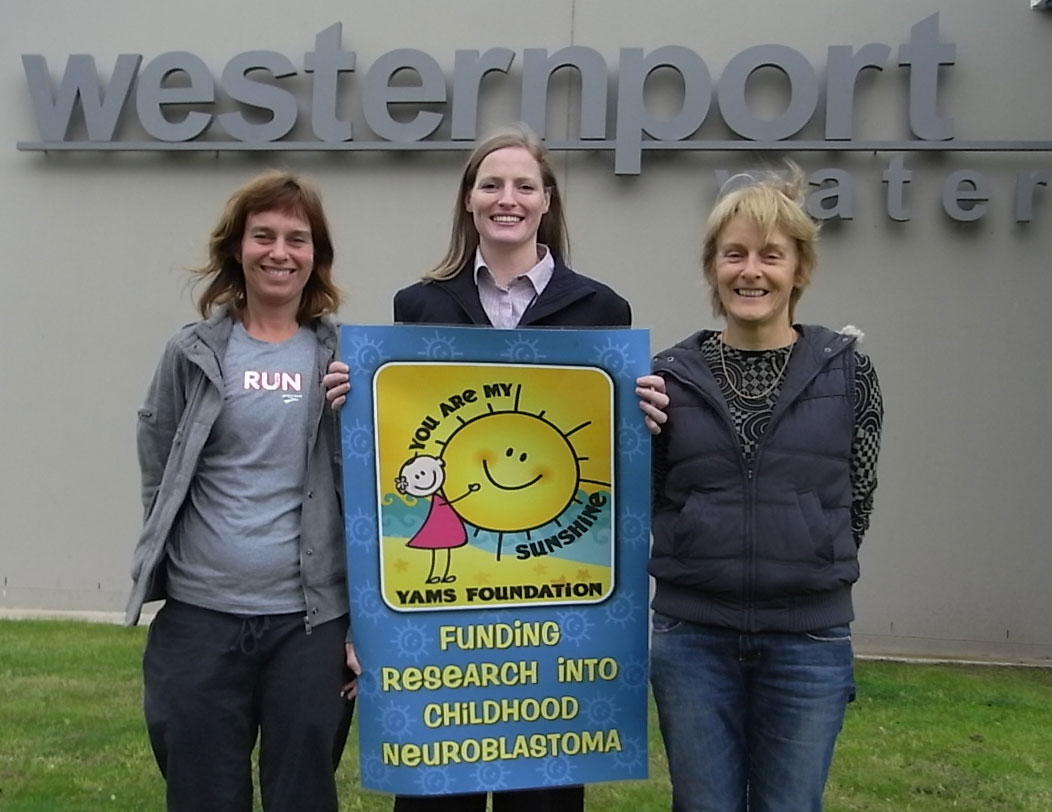